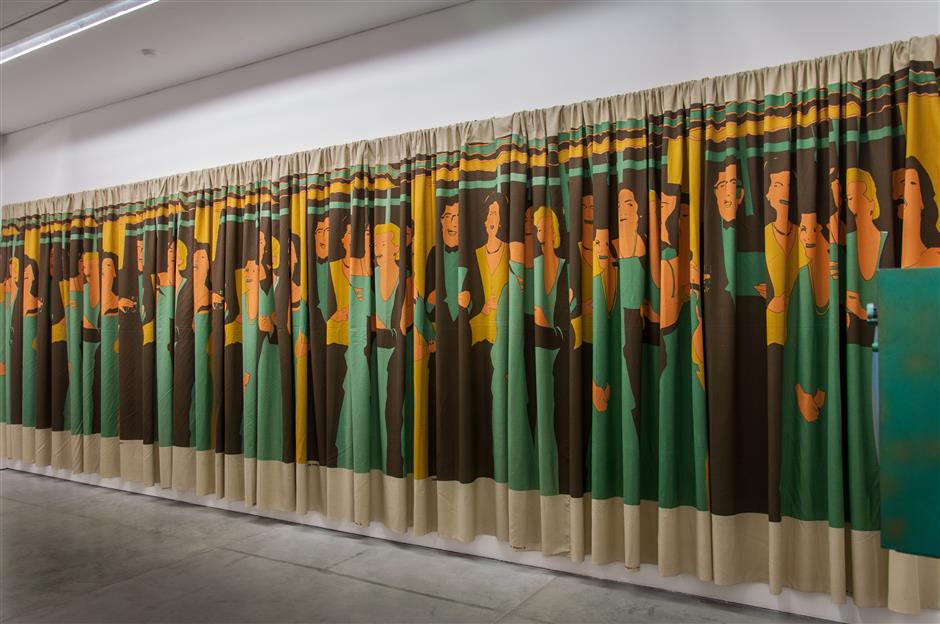 When the Rockbund Art Museum launches an exhibition, there is always something daring and fresh on show.

Following its former avant-garde exhibit, “If You Don’t Use Your Eyes to See, You Will Use Them To Cry,” “An Opera for Animals” takes the varied history of opera as a departure point and explores both contemporary and traditional use of performance, fantasy and group spectacles in relationship to the environments they inhabit.

On hearing the word “opera,” some might relate to what a live theater experience would be like. However, all the things on display have nothing do to with the operatic experience normally associated with the genre. Yet, visitors on site can’t help but feel a strong sense of an epic opera being wafted over the exhibition hall on a grand scale in human history.

As part of the long-term collaboration between Rockbund Art Museum Shanghai and Para Site in Hong Kong, one of the oldest and active independent art institutions in Asia, the exhibition aims to show how “opera” is interpreted from the angle of contemporary art.

Taking up the whole floor space of the museum, the exhibition invited over 50 artists, artisans, choreographers, researchers and poets, to challenge the existing boundaries between art and other disciplines.

The exhibition’s organizer believes the difficult part lies in housing such a great number of artworks in one exhibit, thus the design of space is quite important.

Then a huge silk screen created by Beatriz Gonzalez from Colombia comes into the view.

Gonzalez used printed fabric to represent a serial group of portrait of Cesar Turbay Ayala, the president of Colombia between 1978-82, who was regularly presented in media celebrating, drinking and dancing with friends.

The political figures are naively depicted with pale faded green, yellow, beige, black colors and absurdly repeated in series. The work becomes both a marketable commodity and a metaphor for the corruption hiding behind the “curtain” of public image. This is the first section of the exhibition revolving around moments of unrealized futures, divergences, conflicts and collapses of political movements within history.

Another highlight of the exhibition is the ink-on-rice-paper created by Chinese artist Guo Fengyi (1942-2010).

Guo is a self-trained artist whose artistic practice articulates a particular journey of spiritual and metaphysical significance. Her works on paper are composed of finely controlled brushworks that weave into a composition of lustrous images which suggests both human and other worldly beings.

Guo began practicing qigong as a way to alleviate illness. Accompanying her ever-deepening study into the philosophies of mysticism, she began having powerful visions that she felt compelled to give form through drawing. The link between the human body and the natural world is the dominating theme in her entire output.

The second and third sections of the exhibition ruminates on belief systems and images, where the figures of an animal becomes sublimated into the economic structures, technology, as well as in the social relationships and daily acts of transgression.

As a parallel discussion, the last section is about the connection between opera, European classical music and other musical systems.