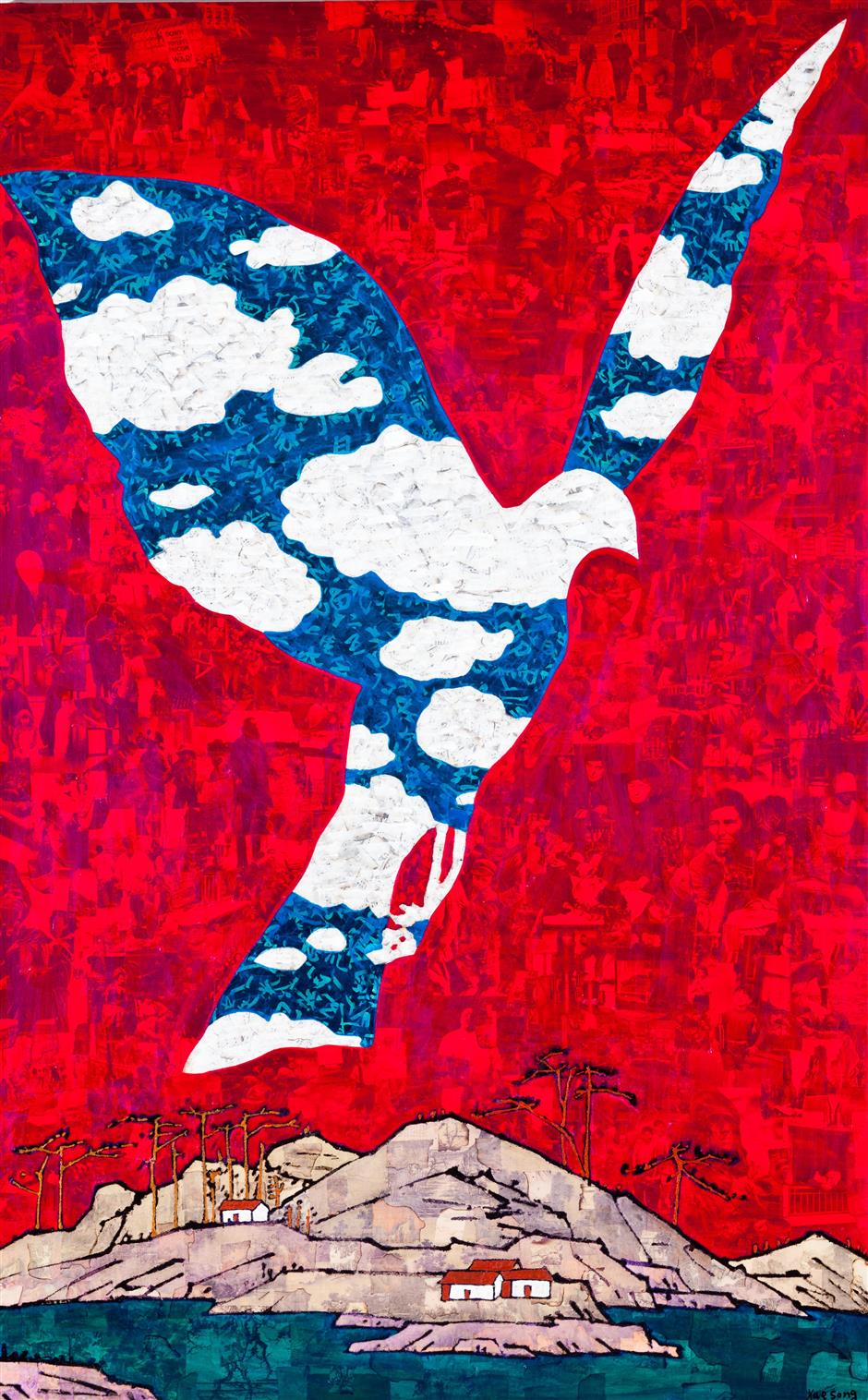 Titled “Phoenix Art from the Ashes,” the works on show include his early collage inscriptions as well as pieces that continue developing and reshaping.

Among them are: “Dialogue with Masters Series,” “History and Reality Series,” “City and Youth Series,” “Traditional landscape Series” and “Foam Series.”

Xue says his inspiration came in an unusual way. One day in 1990, fire swept through his studio, destroying everything. As he sat among the ashes, the debris of this life, he had a kind of epiphany.

So he picked up burnt fragments — the remains of books, picture albums, his own works and bits of paper — and tried to figure out how to make an image with them.

Born in 1965 in Dangshan, Anhui Province, Xue was a graduate from the dance department of the Shanghai Theater Academy that nurtured big names including Cai Guoqiang who is known for his gunpowder works.

The highlight of the exhibition is “Gene Genealogy,” Xue’s latest work. This large-scale creation consists of 100 small works. Each is a Chinese surname, which together spell out a map of China.

In the Western world, “penmanship” has been long forgotten, typewriters, computers and now voice messaging translators have all but eradicated the handiwork of handwriting. However Xue holds on, having been enamored by the form of written text from a young age. He loves the formal appearance of hand-written text in all its forms: ancient and current. It is the leitmotif of his art.

His works are collected by the Museum of Fine Arts, Boston, the University of Southern California Asia Pacific Museum, the Bill Gates Art Foundation and other international institutions. 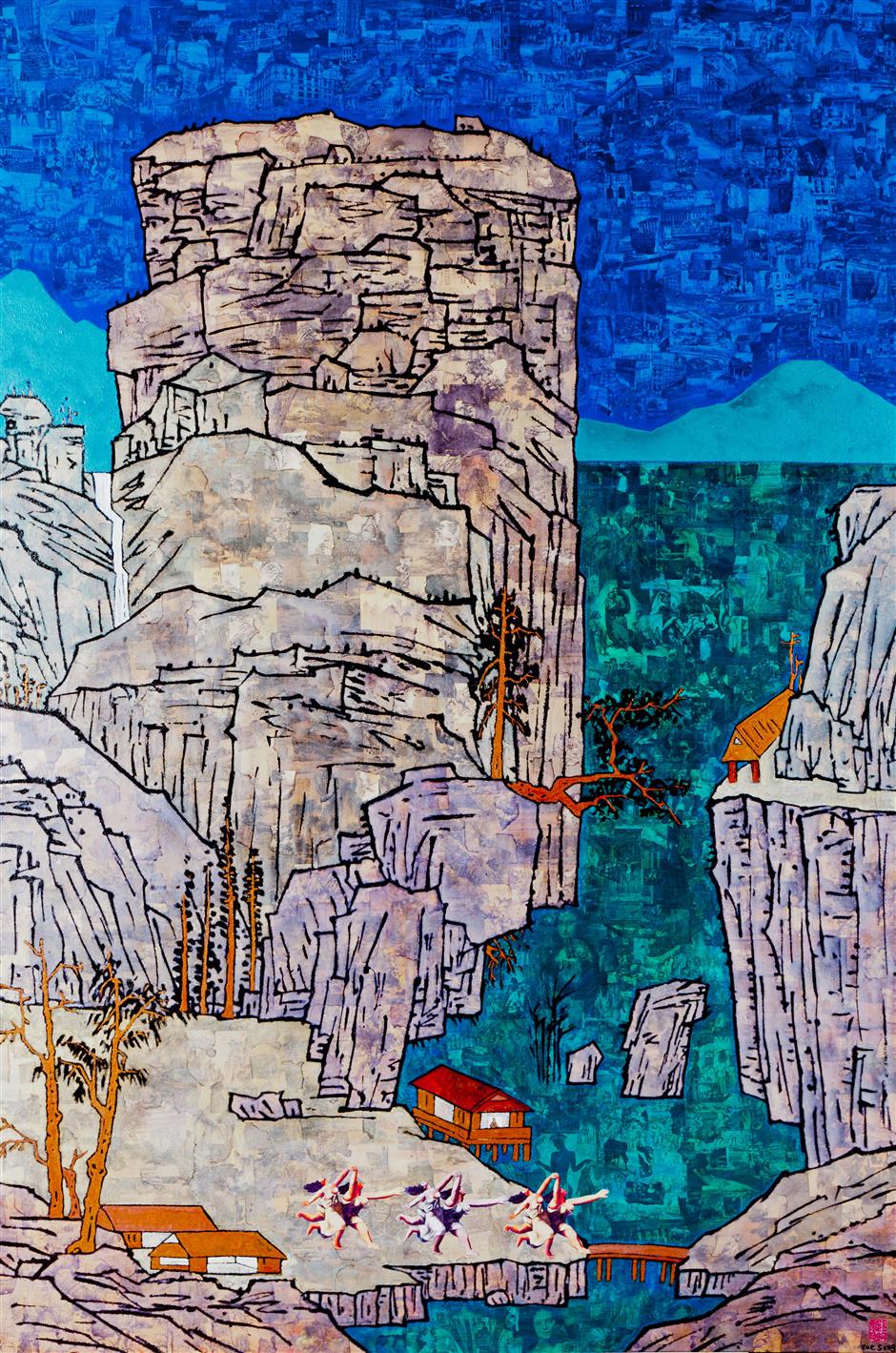