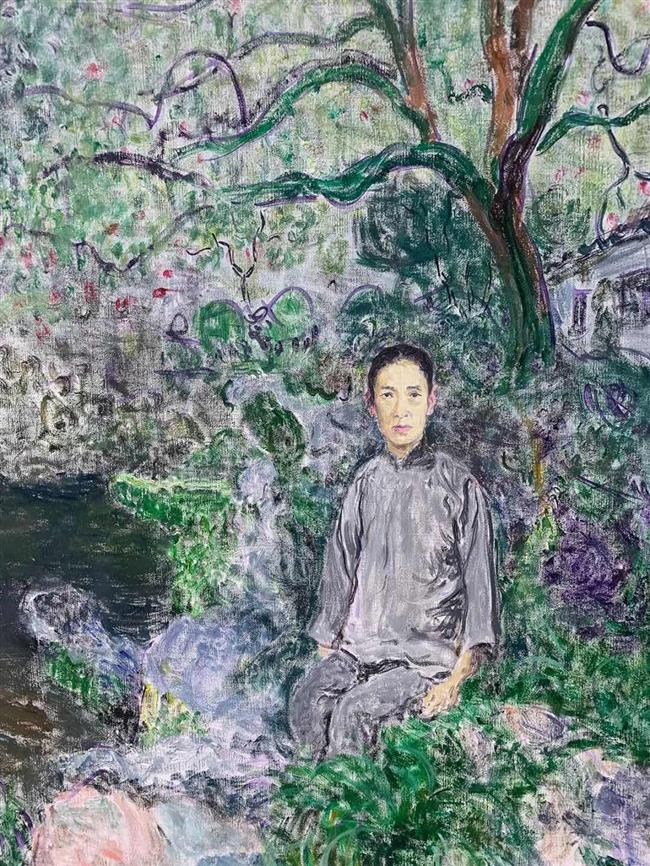 Artist Zhou Chunya is best remembered by most people for his stunning depiction of a fluorescent green hued big dog with a red tongue.

However, “Zhou Chunya: The Splendors of the Southeast,” currently on display at the Long Museum West Bund through January 5, turns another page on possibilities for the big named artist on canvas.

The exhibition features not only his latest works: a series of paintings along with original sketches and video documentations of the creation process, but also an ensemble of Zhou’s representative pieces created between 1978 and 2013, selected from a collection by Liu Yiqian and Wang Wei, founders of the Long Museum.

Born in 1955 in Chongqing, Zhou studied print-making at Sichuan Academy of Fine Arts and graduated in 1982. He later attended the School of Art and Design linked to the University of Kassel in Germany and graduated in 1988. As one of the leading figures in the Chinese contemporary art world, Zhou is a master in manipulating colors.

“If an artist stops seeking a possibilities on his art path, then he is finished,” Zhou said. “For me, exploration in art is never ending.”

Since the “Stone Series,” which started in early 1990s, he has imparted characteristics of Neo-Expressionism to the “Hills and Stones,” a traditional subject for Chinese literati paintings, and eventually formed his personal art style.

His recent work reveals consistent research and a profound understanding of Chinese traditional culture. For many years, he has dedicated himself to researching and transforming the traditional paintings of Wang Meng (1308-1385), one of the Four Painting Masters of the Yuan Dynasty, which has become the focus of his interest.

The three series on display, “Mount Taibai,” “Forest Grotto at Juqu” and “Cinnabar Hills in the Immortal’s Sea” are the experimental outcome of his study on Wang Meng.

Based on the actual scenery from the original sites of Wang’s paintings, these three series of artworks set up subtle intertextuality between themselves and the master in terms of artistic language. For example, “Mount Taibai” is an autobiographic piece narrating the artist’s personal history, and in a more important sense, a metaphor of his own cultural lineage and artistic pursuit.