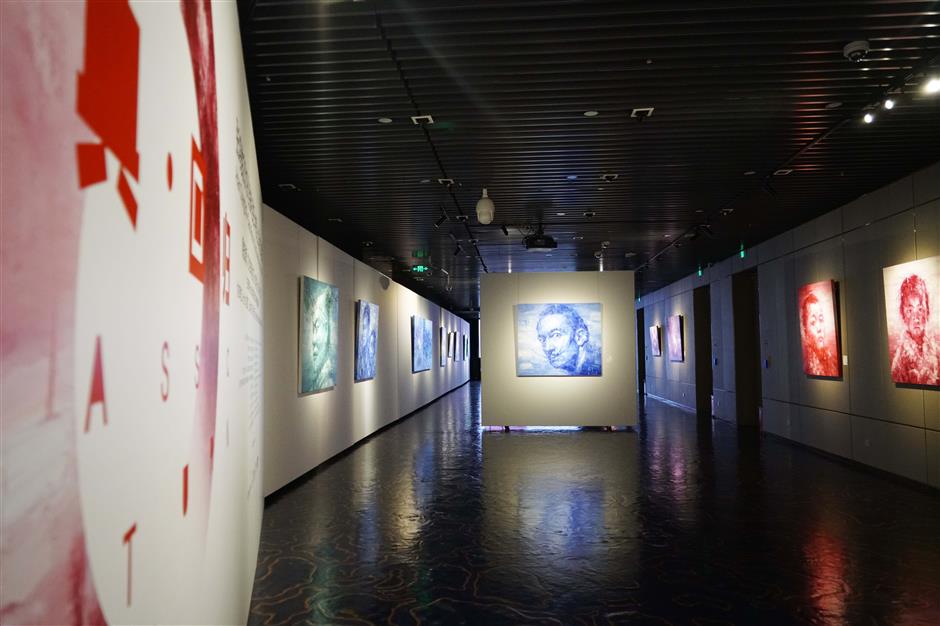 An exhibition by portrait painter Adam Chang at the Shanghai Tower in the Pudong New Area features his works “Shan Shui with Panda” and “Terracotta Warriors.”

The exhibition is Sydney-based Chang’s first solo show in China in more than 20 years.

Born in 1960 in Shanghai, Chang began showing in major exhibitions in China in the early 1980s and held his first solo show in 1985.

After he mastered the conventional realistic style of painting, he began exploring a more fluid approach. Ten years after he migrated to Australia in 1997, he arrived at a synthesis between Chinese ink painting and the expressive strength of Western art.

He has been an Archibald Prize finalist six times. His portrait of writer John Coetzee won the People’s Choice Award in 2011. He has twice been a finalist in the Doug Moran Portrait Prize.

Shanshui refers to a style of traditional Chinese painting that involves or depicts scenery or natural landscapes. Mountains, rivers and often waterfalls are prominent.

The exhibition is being hosted by Australian Arts@Collins International Gallery. It is also Baoku Jiangxin Art Center’s dedication to the 70th anniversary of the founding of the People’s Republic of China.