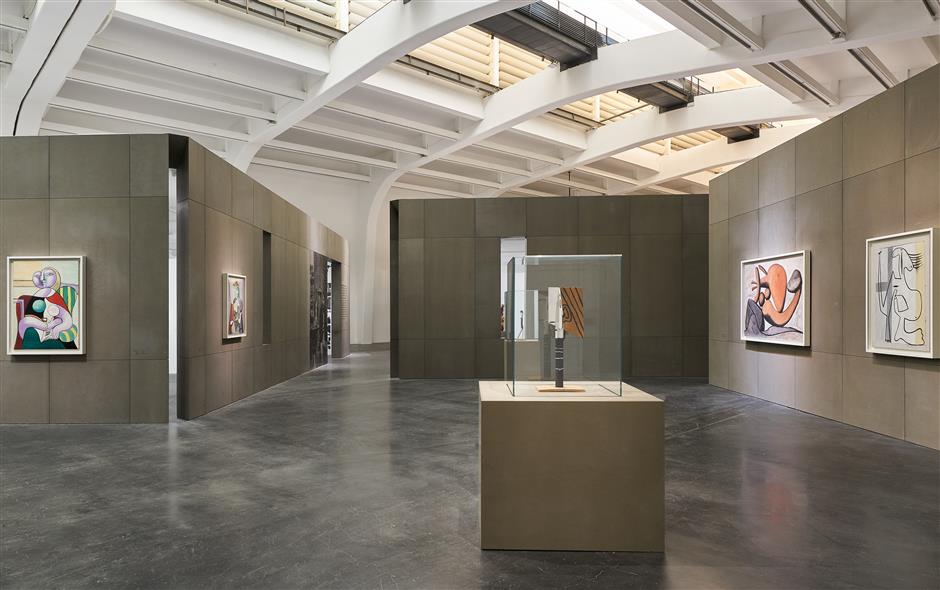 “Picasso: Birth of a Genius” at the UCCA Center of Contemporary Art, in Beijing, is the largest Picasso exhibition China has ever seen. It offers visitors an immersive experience and captures the life of arguably the art world’s greatest modernist.

As a dedication to the art of the master, the exhibition contains 103 works from the artist, including sketches, paintings, collages and sculptures — a testament to the realization of his genius.

It begins with “The First Picasso: Training and Influences.” The gallery reveals Picasso’s teenage years in Spain, which influenced his taste in culture and revealed a maturity in skill beyond his years.

Picasso was an exceptional student at the La Coruna School of Fine Arts. He produced works such as the “Academic Study of a Plaster After the Antique” when he was just 12.

It was rumored that, although the precocious Spaniard was younger than his fellow students, it only took him a mere 24 hours to complete an entrance exam portfolio.

Interestingly, Picasso signed many of his early works under his father’s name — P. Ruiz, perhaps as a result of their collaborations.

Small sketches from an art magazine created with a friend showed his independent growth, while other paintings such as “Man with a Cap” are a nod to the grandmasters of Spanish art whom he admired. 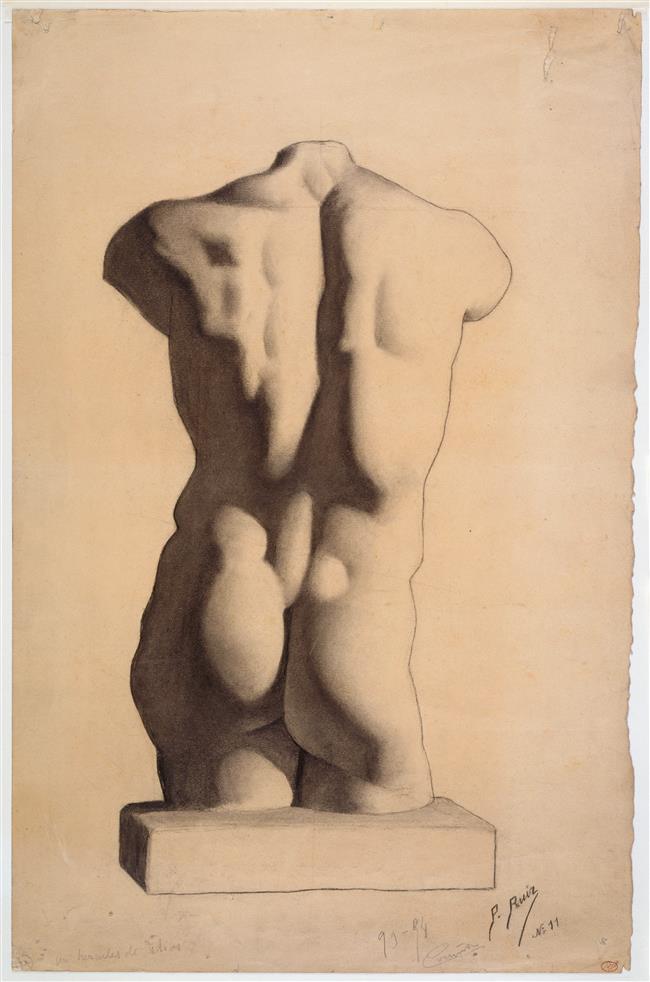 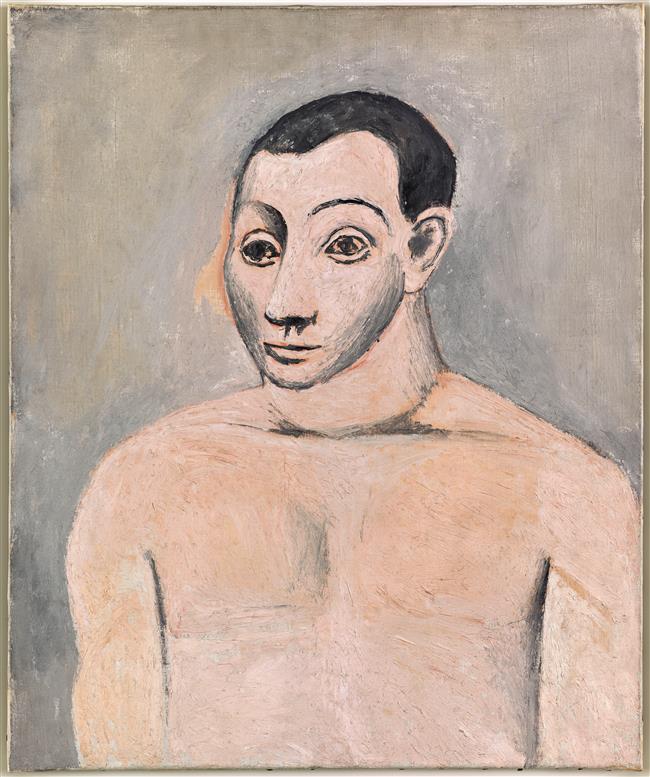 The second period of the exhibition is introduced by a quote from Charles Manice, which says, “It is extraordinary, the barren sorrow that weighs upon the entire work of this very young man. […] It seems like a young god who wants to remake the world. Yet it is a dark god.” This part of the exhibition is shrouded in the artist’s emotions.

Triggered by the suicide of a close friend, Charles Casagemas, in 1901, Picasso’s palette took on monochrome tonalities, and he often portrayed the destitute witnessed on Parisian streets.

Noted as the “Blue Period,” these works provoked pain and suffering. “Self-Portrait” showed the artist’s listless expression, and the blue canvas with only a hint of pink on the lips.

In 1905, he transitioned into the “Rose Period.” The most symbolic work of this era is “The Two Brothers,” where the red colors exuded sweltering hotness but a similar despair.

Another section of the exhibition features Picasso’s works inspired by his study of African tribal masks.

One of the works showcased, the “Seated Nude (Study for Les Demoiselles d’Avignon),” is considered a milestone in modern art. The rugged lines and bold colors reinvented the classical portrayal of female figures, straying away from artistic realism.

More notably, the blockish, simplified shape of the figure’s head is a result of Picasso’s interest in wood carvings and “Primitive” art. Art historians referred to this time as Picasso’s “African-Influenced Period,” shown through works such as “Self-Portrait” and “Mother and Child,” where traditional subjects are transformed into mask-like figures.

Picasso’s invention of Cubism along with Georges Braque marks the next chapter of the exhibition. To Picasso, Cubism represented things not as they appear to the eye but as they seem to the mind. It consisted of “finding the balance between nature and our imagination,” he said. 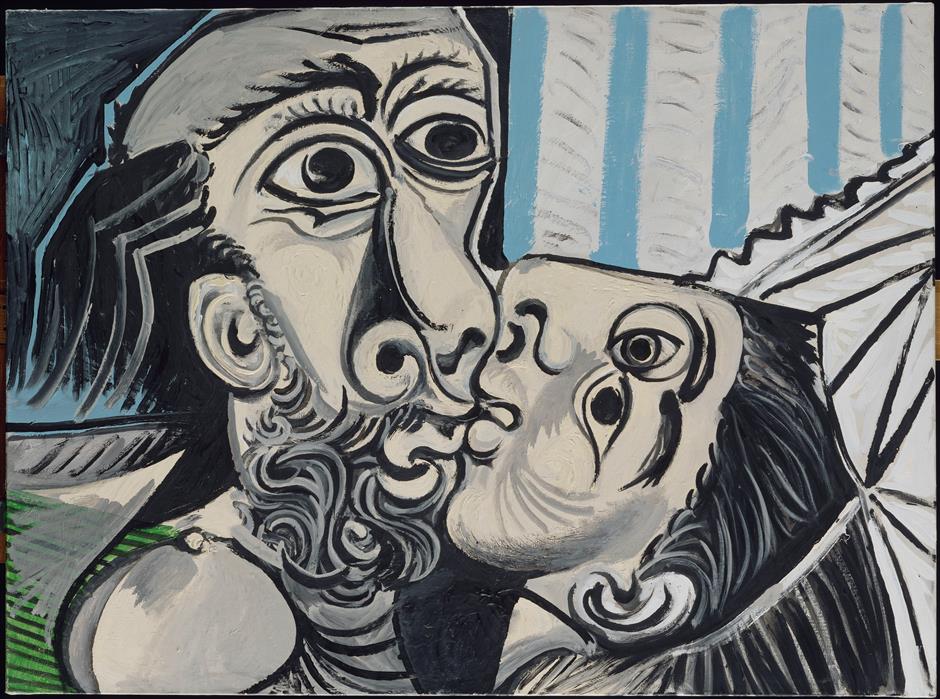 The most significant artwork of this period is the “Man with a Mandolin” at the center of the gallery. Its subject is disguised by geometric shapes and an earthy tone, while the mandolin, along with violin and guitar, were most commonly portrayed. Works such as “Man with a Pipe” are collages, while “Head of a Women” is a sculpture, showing Picasso’s willingness to experiment with different materials.

This era was influenced by his marriage to Russian dancer Olga Khokhlova, their relocation to Rue la Boetie and the welcoming of their first child.

By then, Picasso had entered “classical” characterizations although maintaining his Synthetic Cubism line. Works such as “Studies” and “The Village Dance” feature the artist’s inspirations from his contemporaries, most notably Édouard Manet. Later, Picasso also worked on stage art for the ballet, venturing into interdisciplinary works.

The grand finale of the exhibition is dedicated to Picasso’s final years.

In the last years of his life, painting became an obsession with him. He would date each picture with absolute precision, thus creating a vast amount of similar paintings — as if attempting to crystallize individual moments of time.

The gallery features colorful paintings, many distinguished and recognizable, such as “The Kiss,” “Portrait of Marie-Therese” and “Reading.” 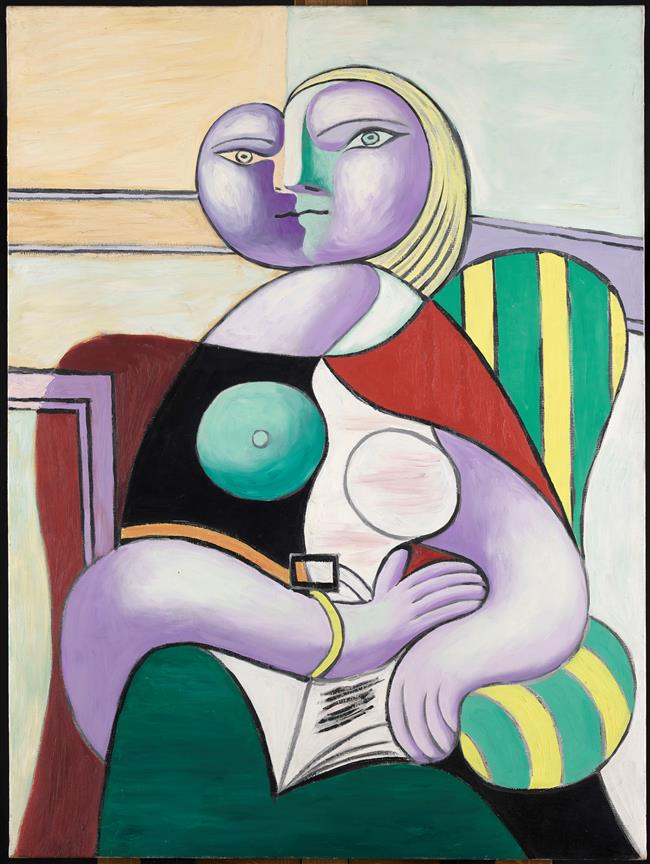 The last exhibit of the collection “Young Painter” reveals hollow isolation, and its childlike features appear to be the artist’s final examinations of his own career.

This exhibition is a lens into the preparation, inspiration and collaboration behind the creative genius of Picasso.

At a recent lecture in Shanghai, Professor Eugenio Carmona, who teaches art history at the University of Malaga, emphasized that audiences should not “view Picasso with a strict modern eye, but reflect on the unique Spanish period the artist resided in.”

“Picasso was never satisfied with his own work and he never stopped experimenting. For his great imagination and skill he is called ‘El Maestro’ of modern art,” Carmona said.

One of Picasso’s favorite topics is bullfighting. Carmona noted that today, bullfighting is controversial in and out of Spain, however it is still a powerful symbol as it is deeply entrenched in  Spanish culture.

“Picasso loved bulls and he was a frequent guest to Spanish corridas. There the artist used the bull as a metaphor — often a figment of his imagination, and therefore contained complex layers for examination,” said Carmona. 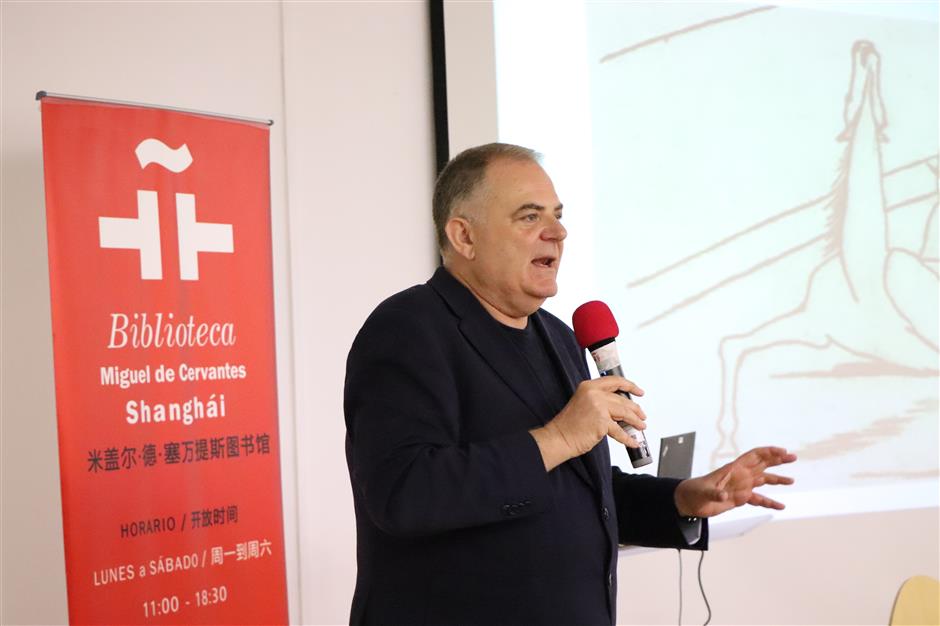 Professor Eugenio Carmona at a lecture in Shanghai