When there is a Louis Vuitton exhibition, the fashion house always somehow manages to relate the show with art and history.

Since 1854, Louis Vuitton has brought unique designs to the world and opened its doors to architects, artists and designers. Today the French fashion house still remains faithful to the spirit of its founder, Louis Vuitton, who invented the genuine “Art of Travel” through luggage, bags and accessories.

Boasting nearly 1,000 works, the exhibition retraces the Vuitton journey from 1854 until now, through the founding family member’s archives, to those who create for the famous company today.

The exhibition begins with the portrait of Vuitton as a young man by Chinese artist Yan Peiming.

Yan is a Chinese painter, born in 1960 in Shanghai. Since 1982, he has lived in Dijon, France. His paintings are brought to life by the use of rapid brushstrokes which structure the picture space.

Curated by Olivier Saillard, the thematic journey, designed by artistic director and set designer Robert Carsen, is divided into 15 chapters. It opens with the most symbolic object from the fashion guru’s stable — an antique trunk fashioned with contemporary flair while embodying the iconic hallmarks and Vuitton bold spirit.

The strong links between the brand and China are featured throughout the exhibit with custom pieces, specially made for renowned explorers and artists.

From early creations, such as French philanthropist Albert Khan’s 1929 photographer’s trunk, which was used to accompany the benefactor and his photographer as they photo-documented daily life in China, to Chinese artist Ding Yi’s cocktail & cigar trunk, created for the celebrated Shanghai native in 2018.

The highlight of the exhibition is an antique trunk, once belonging to Marie Antoinette (1755-1793) who became the queen consort of Louis XVI of France in 1770. Initially popular for personality and beauty, the French people later disliked her. She became known as “Madame Deficit” because France’s financial crisis was blamed on her lavish spending.

Antoinette was publicly executed on October 16 in 1793 after being held in prison for months. Yet the Paris “fashion queen” unwittingly helped Vuitton to build up his career among the upper-class in Paris.

Her trunk showcased at the exhibition appears quite big, but apparently it was only used for one of her dresses, revealing the extravagant lifestyle of Antoinette.

Another highlight is a trunk designed by Cindy Sherman, an American photographer and film director, best known for her conceptual portrait.

In the 1980s, Sherman used color film and large prints and focused more on lighting and facial expressions. The trunk she designed functioned to contain her camera, various piles of films, a dresser and a folding seat. Sherman purposely used striking hues like lemon yellow and different shades of green, because these were the colors of her favorite parrot.

The final room is specifically dedicated to red carpet dressing, displaying some of the most emblematic custom-made dresses in a space decorated in neon works of art by Chinese artist He An.

The exhibition ends with a section dedicated to the savoir-faire of the artisans who work daily in the Louis Vuitton workshops. 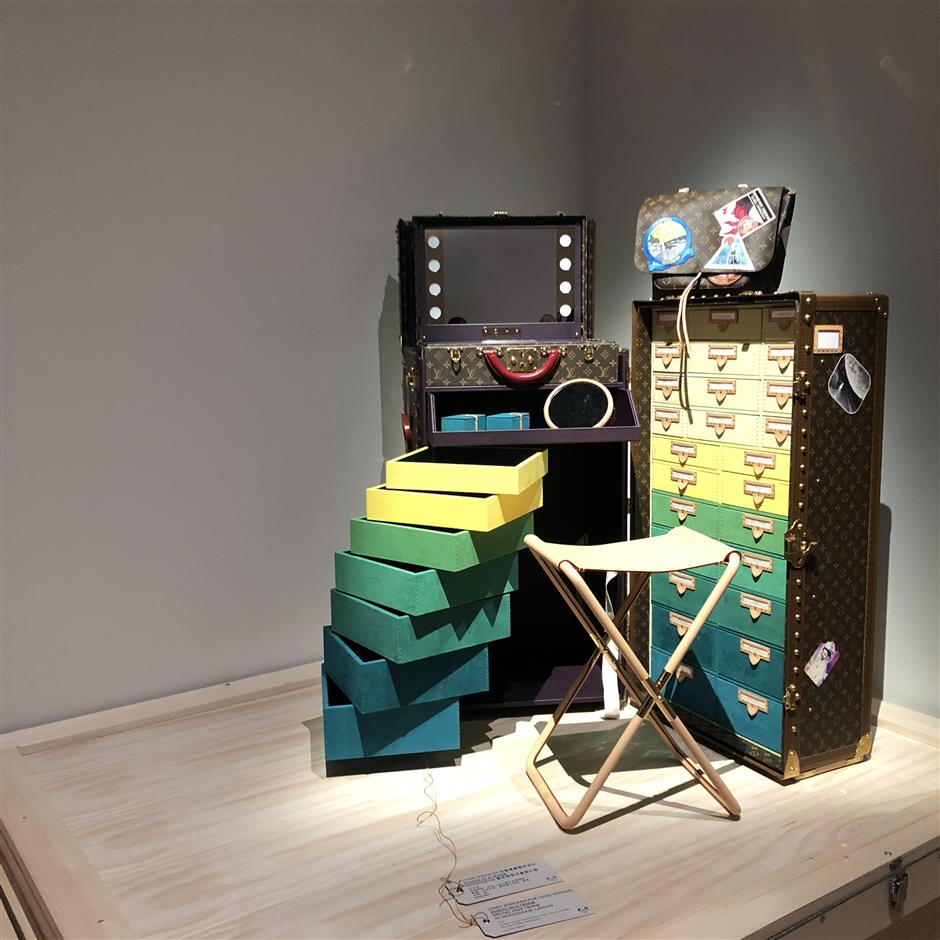 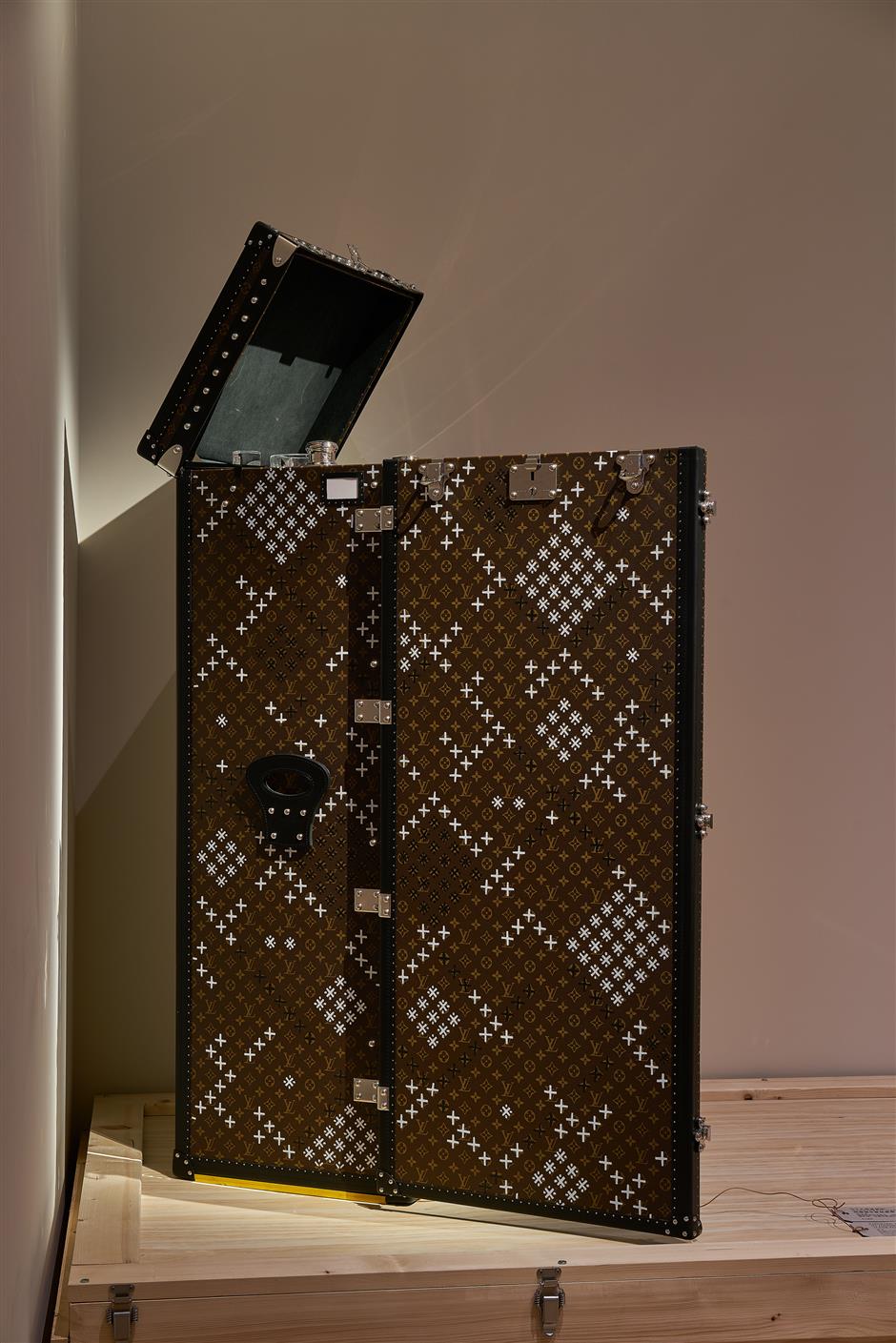