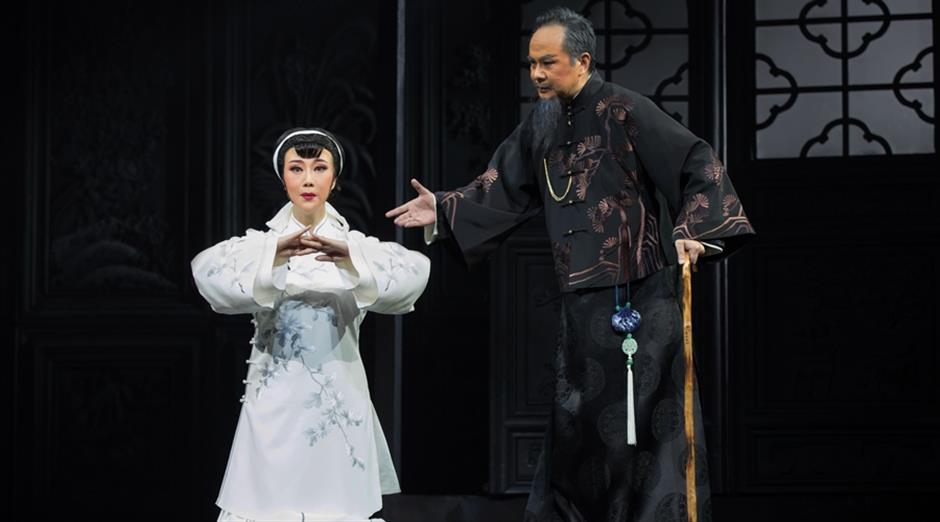 The acclaimed Suju Opera “The Soul of Ding” will be staged at the Pudong Qunxing Theater in Shanghai on May 19 and 20. It will also vie for the Wenhua Award at the 12th China Art Festival.

The Wenhua Award is the highest award for professional theatrical artwork by the Ministry of Culture and Tourism.

Ding is prehistoric and ancient Chinese cauldron. A symbol of national power, they are one of the most important bronze vessels used in Chinese ritual practices.

Based on a true story, it is centered on generations of the Pan family who spare no effort in more than 80 years to protect the Da Ke Ding and Da Yu Ding from Western Zhou Dynasty (1046-771 BC).

The Pans donated the two ancient Chinese dings to the country after the foundation of the People’s Republic of China in 1949.

Today, Da Yu Ding is on display at the National Museum of China and Da Ke Ding in the Shanghai Museum.

Wang Fang — who twice received the Plum Blossom Award, the first arts award in China to recognize outstanding theater performers and encourage the development of traditional theater — plays the leading role of Pan Dayu. She depicts the woman from her youth to middle age and later years, and her never-yielding spirit to keep the national cultural relics safe.

Along with pingtan (storytelling set to musical lyrics in the Suzhou dialect) and Kunqu Opera, Suju Opera is a traditional art form from Shanghai’s neighboring city of Suzhou. Suju Opera dates back more than 300 years and is an intangible cultural heritage.

The play is presented by the Preservation and Protection Center of Suju Opera in Suzhou. Some of the traditional Suju Opera scores have been adapted to cater for today’s audiences.