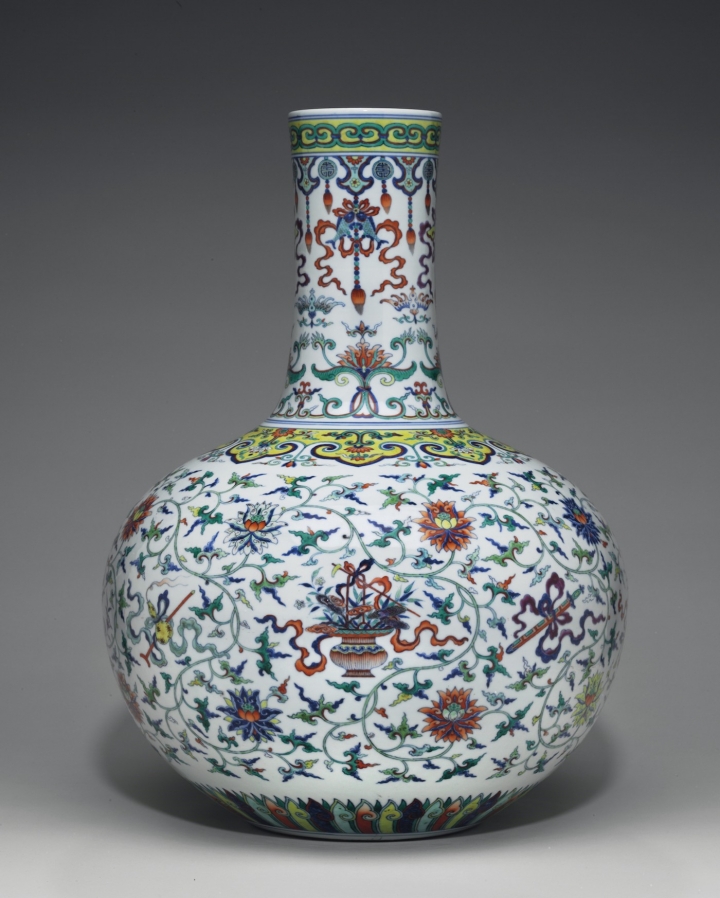 Last week, the United States imposed 10% tariffs (rising to 25% in 2019) on $200 billion worth of Chinese goods. Initially, the proposed list for import taxation contained 6,031 items, including Chinese paintings, sculptures, prints, pastels, lithographs, and antiques exceeding 100 years old (China prohibits the export of objects over 200 years in age). Ultimately, Chinese art was one of 286 items removed from the final list of sanctioned goods. Art dealers are relieved the potential market interruption never manifested, but many are cautious about the reemergence of a future tariff.

According to the US International Trade Commission, $221.7 million of Chinese art and antiquities were imported to the US in 2017. On a list worth $200 billion in trade, $221 million art tariff posed a negligible impact on the Chinese economy compared to other goods, such as steel. This raises questions about its inclusion on the list, and for similar reasons, a desire to understand why it was removed.

The Office of the United States Trade Representative received written comments over a six-week period this past summer, and many dealers and auction houses made official submissions. A 6-day public hearing, held in Washington DC in August, hosted over 300 speakers from various industry groups and business owners, but only the Global Heritage Alliance and Zetterquist Gallery (an Asian antique dealer) spoke in opposition to the art tariff. The lobbying funds deployed by Christie’s and Sotheby’s were insignificant compared to their previous political initiatives. According to OpenSecrets.com, this year Sotheby’s extended $120,000, and Christie’s $15,000, which is minor in comparison to their lobbying efforts in opposition to the Resale Royalty Act in 2014, deploying a total of $890,000 between the two. Although the US trade agency reviews both testimonies and submitted comments, given the subdued protest by powerful actors in the art market, those efforts did not likely motivate the removal of art from the final tariff list.

Off the record, some curators and dealers suspected that art collectors within the administration might have pressured the removal of the line item, like Steven Mnuchin, Treasury Secretary, former member of the Los Angeles Museum of Contemporary Art Board of Trustees, and son of art dealer Robert Mnuchin (of Mnuchin Gallery).

Daniel Chen, director of Chambers Fine Art, which represents contemporary Chinese artists, presented the Art Dealers Association of America’s (ADAA) intervention to be the effective lobbying force. He told Hyperallergic, “The ADAA has a contact in Washington who keeps the organization informed and in turn they [ADAA] informs us [dealers] of certain bills and things like this. I didn’t know about the tariffs until they let us know.” According to Chen, the ADAA also assisted dealers on the complaint submission process and drumming up attention through the press.

Chinese art may return to future tariff lists, so what effect will it have on prices, and what strategies will galleries and collectors leverage to avoid additional costs? Economist George DeMartino, Professor of Economics at the University of Denver’s Josef Korbel School of International Studies, told Hyperallergic, “Highly-valued, non-substitutable art objects, newly produced or antiques, have inelastic demand so the price would have risen as a result of the tariff, but the amount of trade would largely have been unaffected.” The minimal effect on trade quantity would likely be due to collectors looking for substitutes for their goods, or art in this case. A letter submitted jointly by Sotheby’s, Christies, and Asian Week New York to the US Trade Representative supports this argument, stating:

The proposed duties would be a material disincentive for anyone to sell Chinese property in the United States, and given the global and fluid nature of the international art market, there is every reason to expect that that business will be diverted elsewhere.

This statement indicates that auction houses would shift focus operations from New York to their Hong Kong or London locations if the tariff went into place.

Furniture, folk art, or antiques under $20,000 valuations enjoy a deeper bench of collectors, resulting in less price sensitivity according to Douglas Van Tress, co-owner of The Golden Triangle, a Chinese antique dealer in Chicago. “As a dealer, it will do very little to my prices. The Chinese dealers may charge me a little less and we would take a little less profit. The starting tax to send anything to China is 18.5%, and that is just the beginning. There are fees, fines, and port charges, it is not a transparent process and can be confusing to clients.”

Daniel Chen from Chambers Fine Art suspects that the market on the higher end of contemporary painting would be unable to absorb a sudden price hike. He conveyed:

It would be much harder to get the artwork here to be seen, because there would be this upfront 25% tariff. You wouldn’t be able to pass it on to a client, they would see the price difference (from other markets like London). For contemporary art, the added expense would be too onerous. We would have to find alternatives.

Pagoda Red, another smaller Chinese art dealer based in Chicago, told Hyperallergic they did not deviate from usual business while the tariff was under debate. Other dealers rushed to get shipments in the country before September.

“It was already affecting our timelines for getting works into the US,” notes Chen. Additional strategies, such as bringing artists to the US for residencies to produce work, were investigated but not put into motion.

Economist DeMartino notes that a 25% tariff on a small market that presents no competitive disadvantage to local producers is unusual. “You could say that like the art itself, the value of the tariff would have been ‘symbolic’ rather than substantive. It would have served no economic purpose whatsoever.” In fact, the tariff would be doing the Chinese government a favor, according to Daniel Chen, by accelerating the repatriation of antiques, which is an important initiative in China.

The art tariffs were not only baffling to art dealers, but the rhetoric around their application adds additional uncertainty, Van Tress notes, “The Chinese know there is a trade imbalance, but they don’t like rudeness. It could become a much bigger problem than whether the art market sees a tax increase.” DeMartino agrees, “Trump is unraveling US economic and political influence abroad at a startling rate by offending US allies, and by teaching other countries’ leaders that the US is now an undependable partner.”