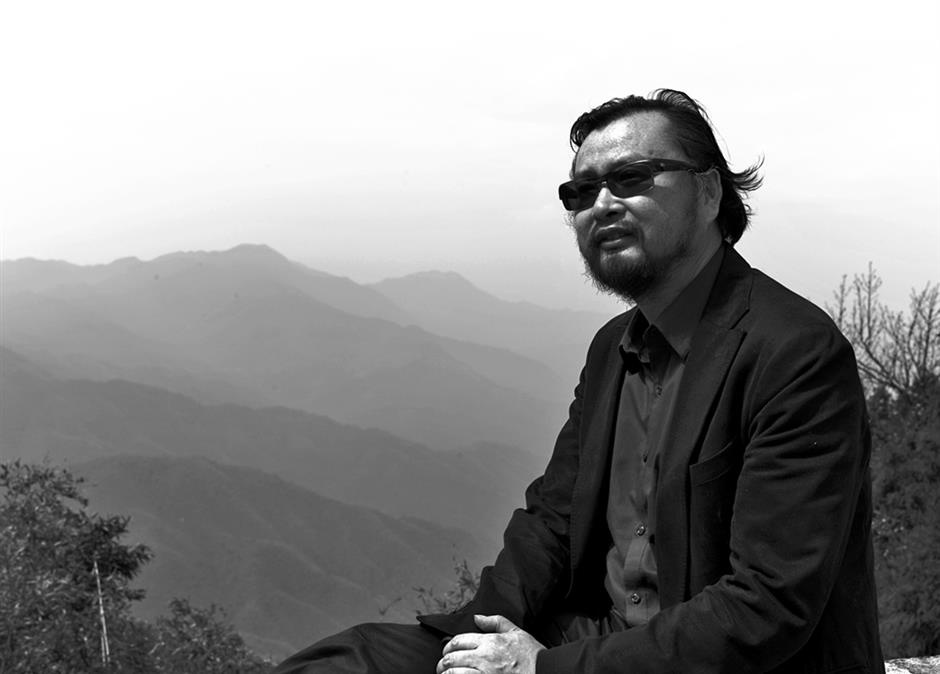 Equipped with a degree in art history, Zhang Qing was a member of China’s underground contemporary art scene in the early 1980s. Many of today’s important figures, he said, were once his “fighting comrades.”

“Although the material and conditions were so poor both for the artists and critics, there was a certain kind of spirit that can’t be reproduced. Everyone treated art like God,” Zhang said.

One of China’s top curators, Zhang was startled when he was first described as one. The Western word “curator” wasn’t always seen as something positive.

Zhang started to curate exhibitions in the early 1980s, but at the time, he was simply seen as a man organizing some exhibitions — the word curator still had a negative connotation.

“In Chinese language, the word curator describes someone who designs or develops something. But due to the ‘cultural revolution’ (1967-77), anyone involved with designing or developing something was seen as a bad egg,” he said with a chuckle. “It was during the Shanghai Biennale that the word curator was officially used for the first time in China.”

Working as artistic director from 1999 to 2011, he lifted the Shanghai Biennale from a little-known exhibition to a household name on the international art stage.

Today, Zhang is vice director at the National Art Museum in Beijing. 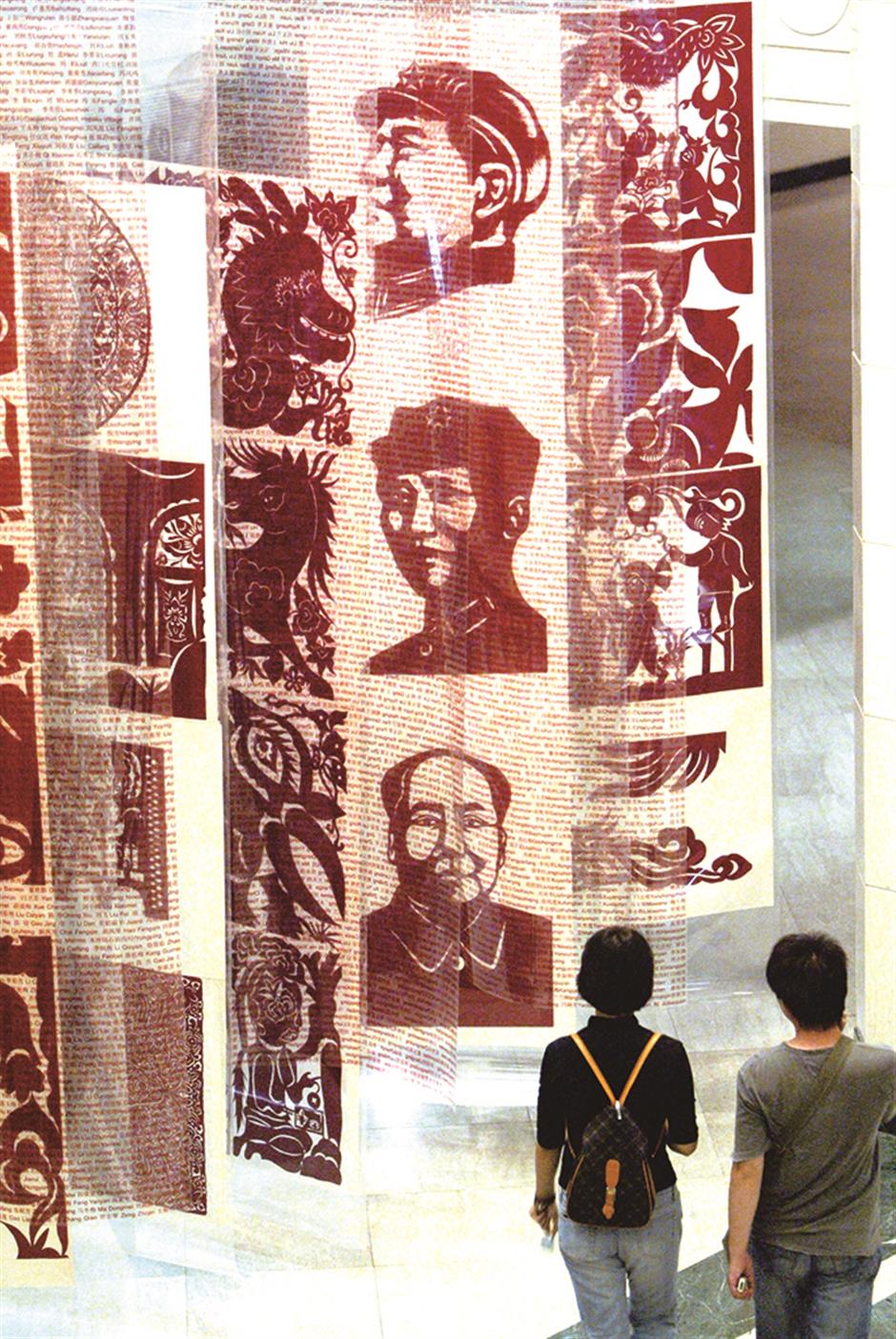 An art installation is admired at the 2004 Shanghai Biennale.

Q: When you first worked at the Shanghai Biennale, did you ever expect that it would sweep the town several years later?

A: Of course not. The feeling was similar to walking on the ice, and we had to be very careful and cautious. To tell you the truth, at that time I didn’t think of the success of the Shanghai Biennale, I just thought that this biennale could be made.

Q: How did you understand the word of curator at the beginning?

A: From 1993 to 2000, we often shied away from using the word, and we used artistic director instead. In fact, it was not until the 2000 Shanghai Biennale that the word curator officially came into use.

In my eyes, it was a milestone in China’s contemporary art history, marking a critical step toward international art practice.

Q: When the Shanghai Biennale first came into being, nearly none of the team members at Shanghai Art Museum was experienced in the area, how did you solve some of the problems?

A: Oh, that really was an empty area that we had never encountered before. I had to learn to improve my knowledge during the process. For example, in the 2000 Shanghai Biennale, there were two foreign curators. One day, one of them sent me a fax asking about the insurance and transportation fee of the Western artists for the biennale. I reported to my boss at that time and he seemed very suspicious that these costs should be paid by our museum. I had no solution but called the curator in front of my boss on speakerphone. I clearly remembered the curator was so furious that we even didn’t understand such basic international practice for an international biennale.

Posters advertising Shanghai Biennale from 2000 to 2004, all curated by Zhang Qing and his team.

Q: It is said that those Shanghai Biennale held at the Shanghai Art Museum from 2000 to 2008 were its golden peak whether in terms of quality or public attention. Why?

A: Let me ask you this question, what is a good exhibition? No one is in a position to judge it, nor the curators and artists. Only the visitors are entitled to say an exhibit is good or bad. If there is a long queue waiting outside an exhibition, then that exhibition must be a qualified one.

When the train whistled at the opening ceremony, guess what happened, nearly 2,000 local visitors came here and some of them cried, because they were sent to the countryside for “re-education” during the “cultural revolution” when they were young. On hearing the train whistle, they said that they were immediately brought back to that scenario. In my eyes, that is the moving power of a contemporary work, and the moving power of the Shanghai Biennale.

Q: Do you think that the success of the Shanghai Biennale marked mainstream acceptance of China’s contemporary art?

A: Shanghai has always been the soil for advanced and experimental culture. What is the mainstream? If the ordinary people are lining up, then it can be called the mainstream.

Q: Did you feel a change in attitude of Chinese contemporary artists for the Shanghai Biennale from its beginning?

Those Chinese artists who had participated at the Shanghai Biennale would make a big step forward in their career, because many international curators flew here to find their artists. Of course, their market value, after their appearance at the biennale, usually increased.

Q: Can you use three adjectives to describe the local contemporary art scene from 2000 to 2005?

A: Milestone, epoch-making and internationalized.