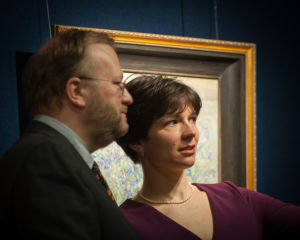 At the auction of Russian art, MacDougall’s on 6 of June will present paintings of such famous artists:  Pavel Kuznetsov,  Nikolai Sapunov, Ivan Shishkin, Ivan Khrutsky, Nikolai Krymov, Alexander Deineka.  MacDougall’s is the only fine art auction house to specialise exclusively in Russian art.

The portrait Woman in a Yellow Dress, which MacDougall’s is now presenting for auction, was painted by Alexander Deineka in 1955. The artist was, at that time, focusing particularly on female images, and he created several portraits that were seen by his contemporaries as expressing the spirit of the age. In these works the artist is looking in individual features for those that are typical; he seeks not only to convey the appearance of a particular model, but also to create a generalised portrait of the woman of his times.

Pine Forest. Yelabuga by the unsurpassed master of landscape Ivan Shishkin, offered here for auction, is one of his most typical and important works. It was not unknown for Shishkin to repeat his most beloved compositions, adding almost unnoticeable, yet key changes to perfect them.

The same is true about the present painting, which is a version of the work Pine Forest. Sukhostoi exhibited at the Itinerant exhibition in 1899, after the artist’s death. Although the difference in the compositions is hardly noticeable, both these canvasses are independent artworks, in which Shishkin ponders over some deeply personal creative objectives.

In the 1890s Shishkin paints a whole series of famous landscapes, striking by their dimensions. Shishkin was one of the few artists, whose draughtsmanship skills and mastery only improved over years, achieving new highs during each stage of their artistic life. During this period, he reaches his creative peak, fully grasping the unique language of nature. The artist often turns to painting his beloved pine forest and his mood and contemplations were inextricably linked with the landscapes he painted.

The Still Life with Fruit and Honeycomb by Ivan Khrutsky that MacDougall’s are now presenting for auction is one of the artist’s best works in that genre. Produced at the height of the painter’s fame, it gives a vivid illustration of the blossoming that the “fruit and flowers” genre enjoyed once again in Russia in the 1830s and 1840s — a genre attuned to the outlook underlying the Biedermeier style so popular at that time in Germany.

It comes as no surprise that in 1839 the council of the Imperial Academy of Arts conferred on Khrutsky the title of academician, since he was “renowned for his excellent works… particularly with regard to the painting of fruit and vegetables”. In the meantime, his canvasses and the prints made from them were immensely popular among art lovers and connoisseurs.

Nikolai Krymov’s landscape Before the Rain, now offered for auction, marks one of the most important stages in the artist’s oeuvre. The work was painted in 1911, when his studies at the School of Painting, Sculpture and Architecture had come to an end, and Krymov, already a fully-fledged painter, widely known and enjoying public recognition, was selected to represent the achievements of contemporary Russian art at an international exhibition in Rome alongside Alexander Benois, Mstislav Dobuzhinsky, Evgeny Lanceray, Kuzma Petrov-Vodkin, Igor Grabar and others.

The appearance of Pavel Kuznetsov’s ”Fountain”at the forthcoming auction is a notable event. The symbolist “fountains” make up an extremely important stage in Kuznetsov’s creative biography, a stage that largely determined the future development of Silver Age in Russian art and of symbolism in particular.

The subject appeared in his canvases, becoming a favourite theme, between 1904 and 1907, even before the famous Blue Rose exhibition that formally inaugurated the legendary association. Kuznetsov is thought to have been inspired by the real fountains that he saw in his teenage years in his home town of Saratov on the Volga. In the future painter’s memory, this artificial, ornamental source remained as an indelible recollection of the life-giving moisture and freshness that water the natural world, and it symbolised the flow of radiant, fantastic dreams.

In the 1900s, Nikolai Sapunov created a whole suite of colourful “nighttime festivities”, which came to be the supreme embodiment of the theatrical element in his work. The first works started to appear in 1902, when the artist assisted his teacher, Konstantin Korovin, in painting stage sets and earned enough money to make a trip to Europe, taking in Italy, Germany and Austria-Hungary. 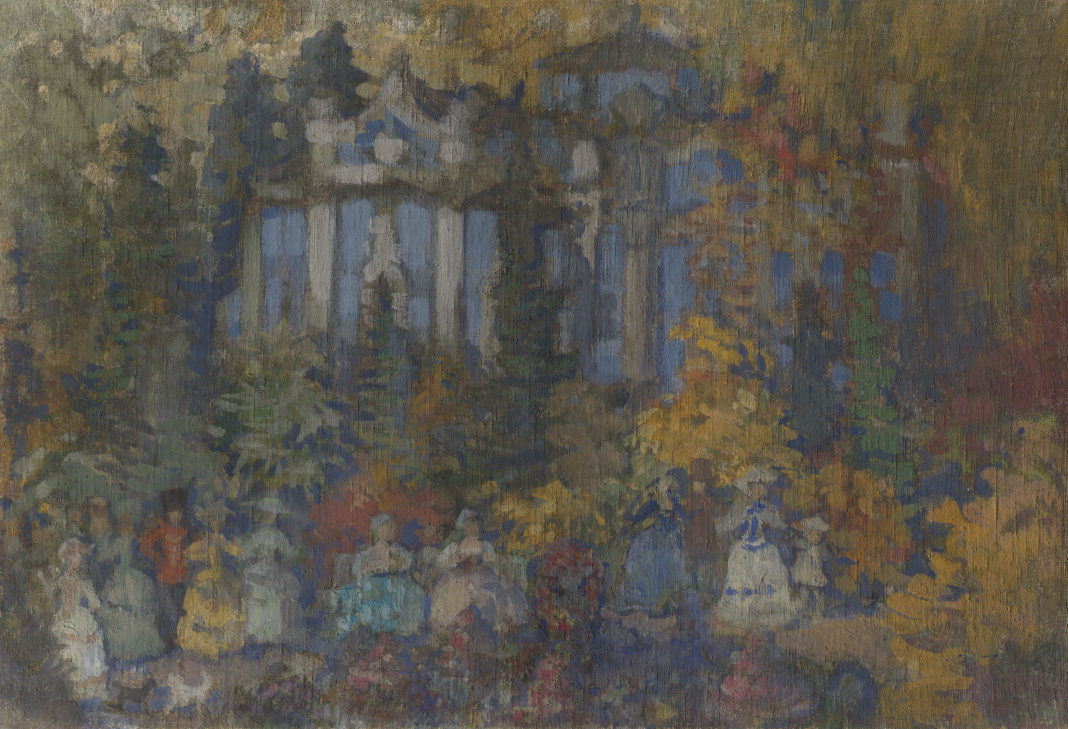 MacDougall’s is a privately owned international auction house based in London, England. Founded in 2004, it is one of Britain’s youngest, but fastest growing auction houses.